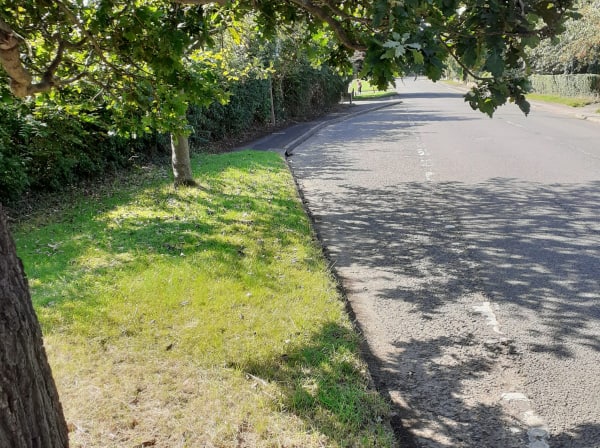 The story of Tiger Island goes back more than eighty years, and today local householders maintain the island in memory of their forefathers.
The houses at the rear of the island were built as part of the housing programme of the then Winslow Rural District Council in the 1930s and the families of its first occupants went on to be important members of the village community. Among those first residents was Joe Keen and Joe so it was said, was a bit of a tyrant. He would take no truck from the children who played on the little island in front of their homes. His strict approach led to the children calling him the Tiger and the island was his.
When the children grew up they migrated to the larger island you now see. They called it Tiger Island.
Today members of six local households tend the area where the centre stretch is designated as an area for woodland wild flowers.
The large Oak trees were planted before the homes were built and are probably over 100 years old. Included among the more recent trees was a Whitebeam Tree, planted in memory of village film-maker Tony Greenslade. He had faithfully recorded school maydays year after year, and produced a valuable record over 50 years ago of the village’s fight for survival from the threat of total destruction to make way for Britain’s biggest airport.