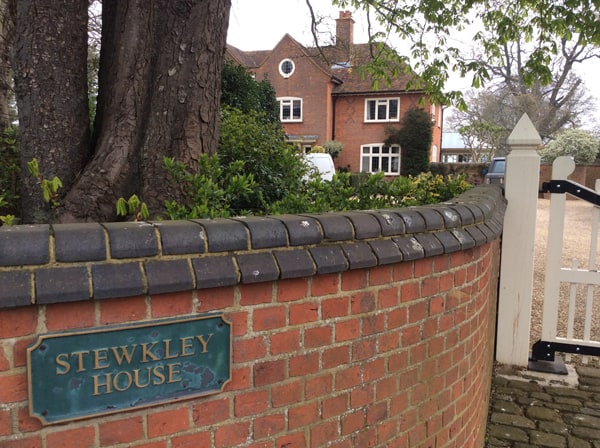 In the mid 1950’s this house was purchased from owners who had lived there for 400 years, by a businessman called Basil Tangye. He turned the property into a fine Country Hotel fit for a well healed London clientele. This charming country retreat was a splendid example of elegant country style and played host to a number of high society socialites and celebrities of the mid to late 1950’s. It is now a private residence.

Stewkley House had been in one family for over 400 years before Sir Basil Tangye bought it in the mid 1950’s. He was a South African engineering magnate who invested some of his business wealth into creating a fine Country House which for a short time became a country hotel retreat.

He was able to turn Stewkley House into a refined, charming and comfortable hotel complete with en-suite bathrooms and his fine collection of antique furniture through his connections with the ‘London Set’ at the time which included interior designer, the Hon. John Siddeley. Sir Basil, as he was affectionately known, was an excellent host who extended a mellow welcome and the promise of a restful stay to all his guests. Excellent elegant furnishings and fine paintings adorned the décor and home grown vegetables and quintessentially English cooking and an extensive choice of fine wine was always on the menu.

Sir Basil, was ably helped in this endeavour by his partner, Miss Monica Michell, who was also known locally as ‘the Cat Woman’. She was the efficient planner and organiser behind the scenes and reviews at the time were glowing…”Stewkley House can be described as a country house hotel where one is not conscious of a hotel background”. Many celebrity guests came and went and were spotted by neighbours at the time.

After the death of Sir Basil aged 74, Stewkley House reverted to a residential property and has been sold a number of times in the intervening years.