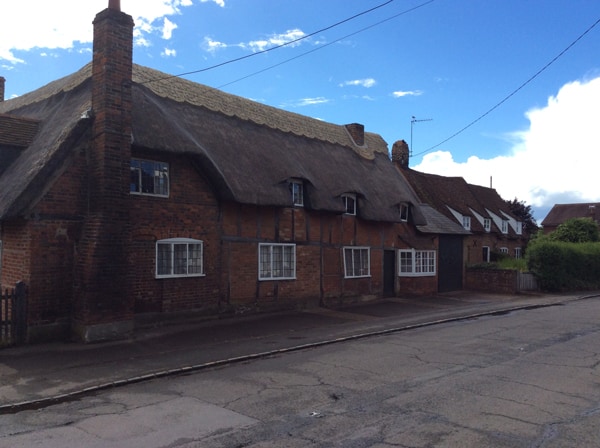 There were at one time a good number of shops in Stewkley. As most village residents struggled to find transport out of the village they were catered for by a variety of shops in the village and the village was more or less self sufficient. Also shops were not just retail outlets, they were also used as meeting places and number 7 was a great example of this. It featured a fine old inglenook fireplace where villagers could meet of an evening and ‘chew over the cud’ of the day’s events! 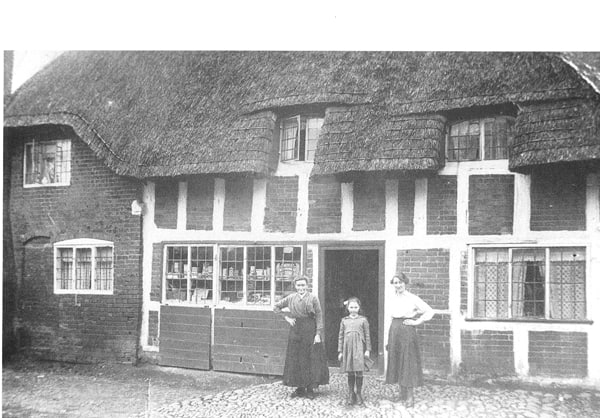 Part of this building used to be one of the many shops we once had in this village.

If you look at the second window from the left you may be able to see that it once extended further to the left and on the other side was a doorway into the shop (now bricked up). The window had a shutter that would be closed at night.

The shop was a typical village shop in that it sold almost anything that might be required in the grocery line as well as other household and personal items.

The shops were often gathering places in the evenings and inside this one was an inglenook fireplace where villagers would sit and ‘chew over the cud’ (talk about events).

The shop, being close to the school, was popular with children who called in to buy sweets. It is recorded in the school diary, that one boy was reprimanded when ‘instead of promptly assembling in his line, he crept round the corner and went to a shop close by for sweets.’

The shop owner was chastised after another more concerning incident: ‘on going from school on Monday morning a boy called at the shop owned by Mrs John Hedges and purchased two cigars. Other scholars reported this boy during the interval for dinner. After making careful inquiries the boy was rather severely caned. The Master took the boy to Mrs hedges to verify certain statements. The seller of the cigars was strongly reminded of her duty according to the Law.’

The far right of the building, where there is a bay window used to be a butcher’s shop at one time. The meat was butchered in the attached shed now with garage doors. Again this was just one of several butchers that have been in the village.