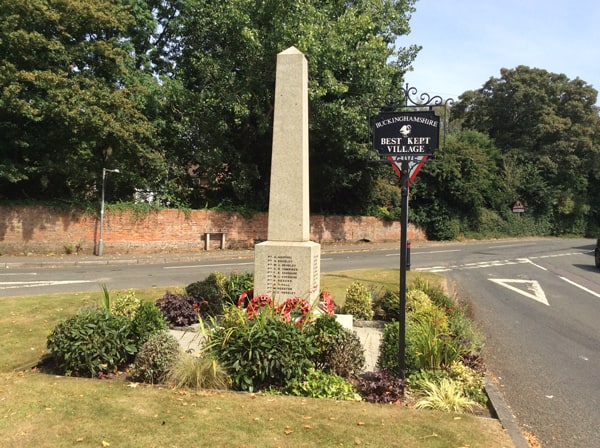 A fitting memorial for those who sacrificed their lives

On 9th April,1922, a Public War Memorial was dedicated to the men of Stewkley who gave their lives in the service of King and Country in the great War 1914-1918

A Granite Obelisk at the centre of the village

Today the War Memorial is engraved with the names of 30 men from WW1 and six men from WW11. It is a beautifully tended monument where celebrations and commemorations regularly take place as we show our respect for those who gave their lives in the Wars. 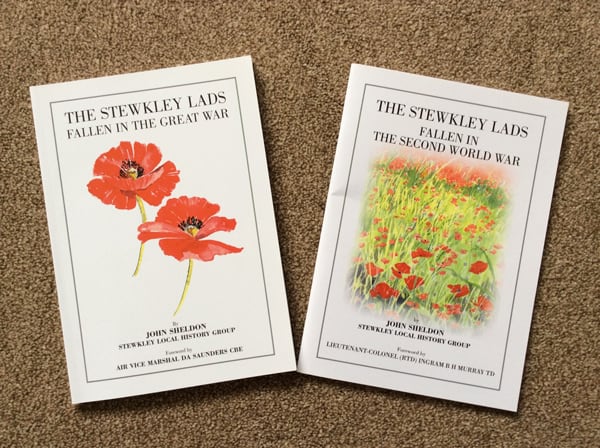 Transcription of The War Memorial

There are four war memorials in Stewkley, but the most prominent is the Stewkley Village Public War Memorial that you are now looking at.

It is engraved with the names of 30 men from World War 1 and 6 from WW2. The other three memorials are to be seen inside St Michael’s Church and inside Stewkley High Street Methodist Church.

At a public meeting in the school in April 1921 a Memorial Hall was considered, but a huge majority voted instead for a Memorial on the ‘Green’.

The Memorial was unveiled on 9th April 1922 by Stewkley resident and Parish Council chair, the Earl of Orkney, who was himself a serving Lieutenant-Colonel in WW1.

Agreement was reached with the County Surveyor that the site of the memorial should be at the junction of the High Street with the Winslow-Linslade Road.

It was funded by public subscription and the form of the memorial was agreed to be an Obelisk of granite. It cost £178 pounds and 10 shillings and Messrs Newman and Harper, Aylesbury monumental masons, were chosen to supply it. The Memorial fund was in fact undersubscribed and the Earl of Orkney ended up funding the difference himself!

The ‘Roll of Honour’ of the names of the WW1 fallen was engraved in alphabetical order according to rank, name and any gallantry award. It is not known how the names were chosen or by whom, but a list was published on the front of the school and any nominations were to be made to the Parish Council Secretary. It is likely that the criteria were birth or residence in Stewkley at the time of enlistment. A total of 43 Stewkley men gave their lives in WW1 and it remains uncertain as to why there are 13 names missing from the memorial. However, many of them are honoured on other memorials in their places of residence at the time of their deaths.

Today the War Memorial occupies a central position in our village and is a fitting focal point for a number of celebrations and remembrance ceremonies. Although the Parish Council is responsible for it, village volunteers tirelessly tend and care for the area to keep it in pristine condition.