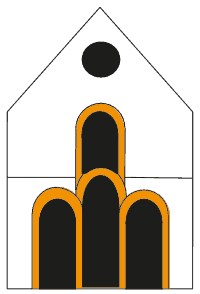 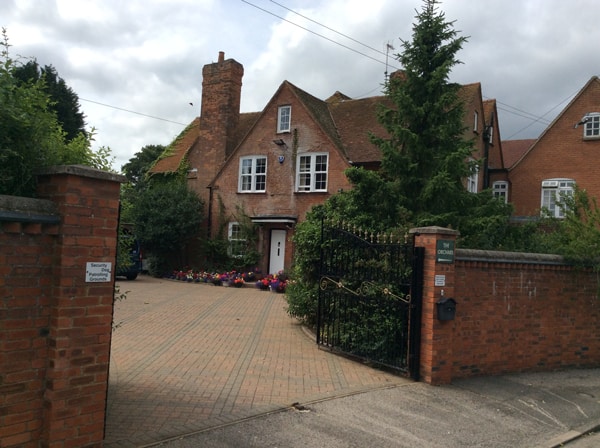 Orchard House has been owned by a number of interesting people, including a London Silk Merchant and an Actor / Manager of the London Savoy Theatre. Two famous actress daughters, Cicely and Rosalinde Courtneidge spent much time with their parents here.

These two famous screen actors of the 1930’s were married to the actress daughters of Robert Courtneidge. 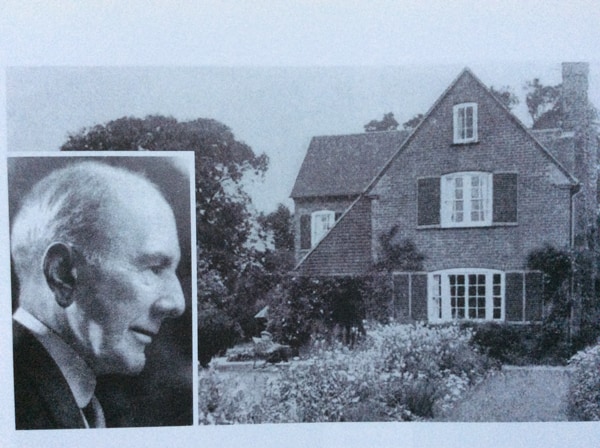 Transcription of The Orchard

The Orchard, now known as Orchard House was bought by Robert Courtneidge in 1920.

He bought it from a London silk merchant named Amos Ashwell. Amos first bought the 17th century Cottage which is located next to Orchard House on High Street South and in its grounds he built the present building, The Orchard, in 1912.

Robert Courtneidge had two very accomplished daughters who both went on to become acclaimed actresses. Cicely (later Dame Cicely) and Rosaline Coutrneidge. Whatsmore, they both married famous actors, respectively Jack Hulbert and Peter Haddon. All four of them were frequent visitors to Stewkley.

Peter Haddon in fact came to live for a time in Dunton Road, before moving to Shorndown on the Mursley- Swanbourne road.

Now, Robert Courtneidge was actor-manager of London’s Savoy Theatre.
He was also largely responsible for providing his adopted village of Stewkley with its Village Hall in 1925.
A special performance at the Savoy, at which four taxi loads of villagers were guests, was staged to raise funds.

Jack Hulbert was born on 24th April 1892 in Ely Cambridgeshire. He was educated at Cambridge and appeared in many shows and reviews, mainly with the Cambridge Footlights, in fact he was one of the earliest famous alumni of the comedy club.

After Cambridge he earned recognition and fame performing in musicals and light comedies. However, the 1st World War delayed his rise to fame. He joined the army for the remainder of the conflict and after the war he resumed his career in the theatre.

He made his film debut in Elstree Calling (1930) appearing opposite his wife and frequent stage and screen co-star Cicely Courtneidge, whom he had married in 1916. His career went through a successful period during the 1930’s when he appeared in several films, including The Ghost Train (1931), Love on Wheels(1932) and Bulldog Jack (1935)…a tongue in cheek homage to the popular Bulldog Drummond Films in which Jack was supported by his brother Claude.

He had a hit record in 1932, The flies crawled up the window,
which was originally sung in the film Jack’s the Boy.

In 1934 he was voted the most popular male British star at the box office and in 1936 exhibitors voted him third most popular British film star.

Hulbert’s popularity waned as the 1930’s came to an end and after the war he and his wife continued to entertain chiefly on stage.

In 1962 he appeared in the BBC sitcom, Discord in three Flats, along with Cicely Courtneidge and Vic Oliver.

Peter Haddon was born on March 31st 1898, in Rawtenstall, Lancashire, the son of a vicar. His real name was Peter Tildsley but he later changed it to Haddon.

Initially a medical student at Cambridge University, he became a member of the famous Cambridge Footlights, acting on stage from the 1920’s onwards and then breaking into the film world.

During the 1930’s he became rather type cast in his films as the moustachioed, top hatted “silly ass” English character. He was best known for The Clicking of Cuthbert (1924), Oxford Bags 1926 and Good Morning Bill (1939).

He was married to Rosaline Courtneidge who came from Stewkley and Peter actually lived in Dunton Road, Stewkley for a time.