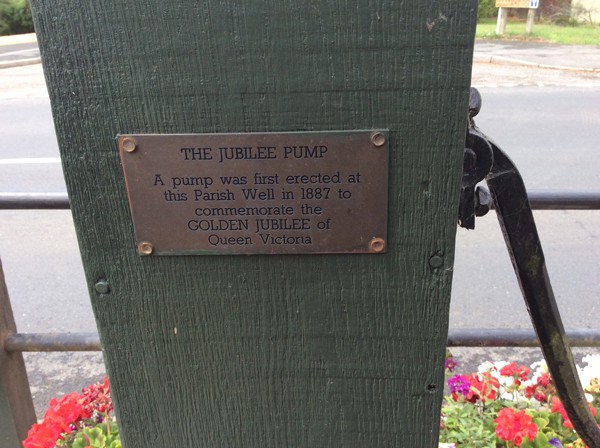 he rich history and survey of wells and water pumps in the village of Stewkley is the subject of a booklet which was created by the Stewkley Local History Group. This gives an invaluable insight and understanding of the issues facing the daily grind of getting and using water in village life across the earlier Centuries. It explains the process of ‘sinking a well’ and captures the many challenges of bring water to the average villager. It is still available in print and you can find out more on our website link. 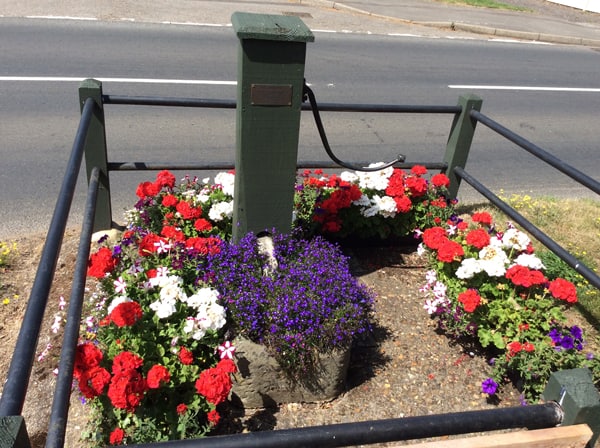 Transcription of The Jubilee Water Pump

Although wells and pumps, such as this, were once essential to everyday life and had been for centuries, with the installation of a mains water supply they became redundant and many have since disappeared without trace. A piped water supply came to Stewkley around 1940.

Wells served both domestic and agricultural purposes; they were sunk near dwellings and also in fields for watering livestock. A well is usually just a little older than the building it serves. It would have been sunk in order to provide a supply of water for the construction of the building. Thus a well can often be dated by the building.

Wells were often shared and served several households and sometimes deeds state exactly which households were entitled to have the use of a particular well. Houses were sometimes built over wells, with access usually being in a cellar. Of course there were also public wells available like this one.

The well would have been dug by hand with one person in the shaft and one or more at ground level. Most were about four feet in diameter as this was the minimum width in which a man could dig.

The depth of excavation varied according to local geology. The well sinker dug down until the water table was reached, then when digging and bucketing the water out became an impossible task, the well was considered deep enough.

Wells were lined or ‘steened’ as it was called, to prevent the sides crumbling or collapsing. Early materials were wooden planks, stone or flint. Locally made brick became a commonly used material in Stewkley. Brick steening took place at ground level. Courses were constructed on a ‘curb’, a metal and wood band made by a wheelwright. Then the spoil under the curb was excavated and the steening sank down, hence the term ‘sinking a well’. The process was then repeated course by course.

There were over 150 working wells in Stewkley and most of these were dug down to a depth of around 14 feet. The deepest however, was some 42 feet deep! One of the families responsible for sinking wells was the Mayne family and digging down through the clay rich soil must have been a particularly arduous task. It was also expensive to sink a well!

Once a well had been sunk and was holding water, the water had to be raised to the surface. The simplest means of doing this was using a bucket on a rope. The other means was by pump. The earliest pumps were made from a solid piece of wood, the preferred wood being elm. From the 17th to the 19th centuries lead was often used as it was easier to work but obviously it was more expensive. Later pumps were mass produced from iron.

A water pump was erected at this particular parish well in 1887 to commemorate the Golden Jubilee of Queen Victoria. It is called a ‘longcase’ type of pump and is brick lined. It is just seven feet deep.

In Stewkley there are many documentary references to wells and the issues raised by them and they make fascinating reading. There were also some interesting recollections of note.

Joan Livermore (nee Keen) lived at Wing road farm ( the site of Farm close opposite you today) and recalls that, although they had their own well and pump on the farm, she was always given a glass jug on Sundays to go and get water from the jubilee pump to have with Sunday lunch. “During the week we had water from our own pump which was situated in the dairy attached to the house. The well was said to never run dry and in hot summers people used to come to use ours with their buckets”.

If you are interested in more detail,then Stewkley Local History Group have produced an informative booklet called Stewkley’s Wells and Pumps. The link is available on the website.