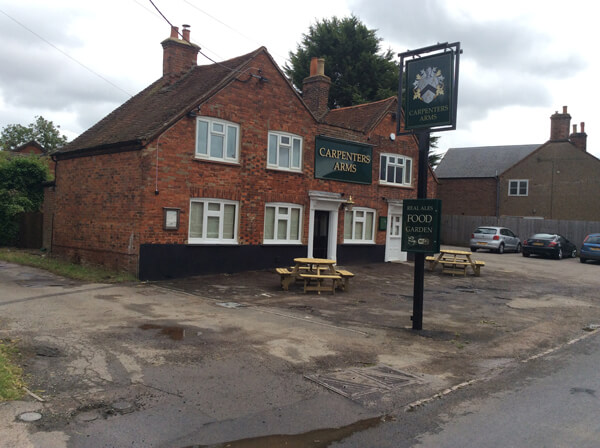 A rich variety of Public Houses in Stewkley

There were over 10 Pubs in this long two mile linear village at one time. The fact that Ale was cleaner than normal water made it the drink of choice for many and there were many local variations of Ale and the brewing of it across the Village. Distinctly cut in two with High Street North and High Street South meant that the ‘Northers’ and the ‘Southerners’ were regulars at their own Inns or Public Houses and quite loyal to them. A survey of all the Public houses in Stewkley was undertaken in 2011 by the Stewkley Local History Society and is available on line by following the link.

One of these was located at The swan premises and the beer brewed by the Hedges Family was a great favourite among dealers and drovers who visited the White Horse at the Islington Cattle market. Another malting was at Fish Weir and a third in the South end of the village which is still referred to as ‘The Malting Yard’.

This is an original song dedicated to the bygone time when our village boasted a huge number of Public Houses. 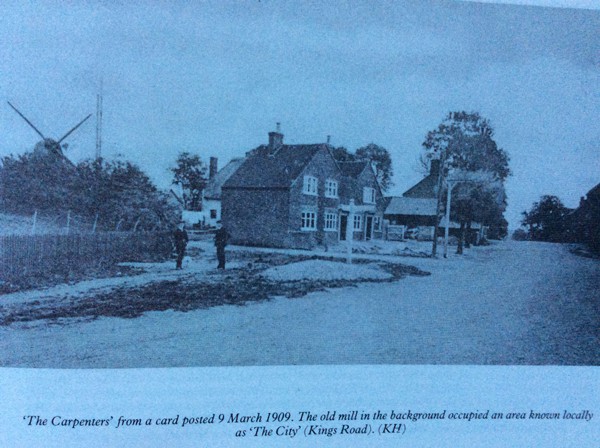 Transcription of The Carpenters Arm

Area 1. 2. The Carpenters Arms at the Junction of Dunton Road, Wing Road and King Street.

You are now standing in front of the refurbished Carpenters Arms Public House. About 100 years ago there were ten public houses in the village. There are now just two!

In the mid 19th Century the Tofield family ran the Carpenters Arms. The Tofield brothers also built Stewkley windmill in 1839 behind the pub. It ceased working around 1905.
Take a look around and find the lane, now named King street. This was always known locally as ‘the City’. It led to the footpath through Liscombe Park to Linslade then on to the Leighton Buzzard Railway station. Then try to imagine a time 100 years ago when churns of milk and baskets of locally grown blackberries ( measured in pottles, pecks and half pecks) were taken by horse and cart to that same station some 7 miles distant.
To the north of the Carpenters Arms and King Street was also located one of our village ponds.

Heading down Dunton Road from the High Street, on the right you will come to number 14. This was one of the 10 village pubs in the 19th Century and was called the ‘Red Lion’. Further down still is Trinity House.

Whilst in this area please take a look at the Jubilee Pump and have a listen to a brief history of wells and pumps in Stewkley.